This central London garden project started back in late 2010 when I was asked to participate in a garden design competition by a media company working on behalf of a major Olympic sponsor. I submitted some sketch ideas and mood imagery and a few months later was delighted to hear that I had won the competition and my design was successful and could I work with the sponsor to firm up the ideas and complete the garden.

The plan was to rejuvenate this overgrown and somewhat neglected corner of central London with new planting, a reorganisation of space and some new features to make the garden more welcoming, lighter and more open.

Perspective image of the garden produced in CAD program

A complete redesign wasn’t considered feasible, so we designed the garden around the existing layout and paving. After the production of site plans, planting plans and construction drawings, work began on site in late 2011. 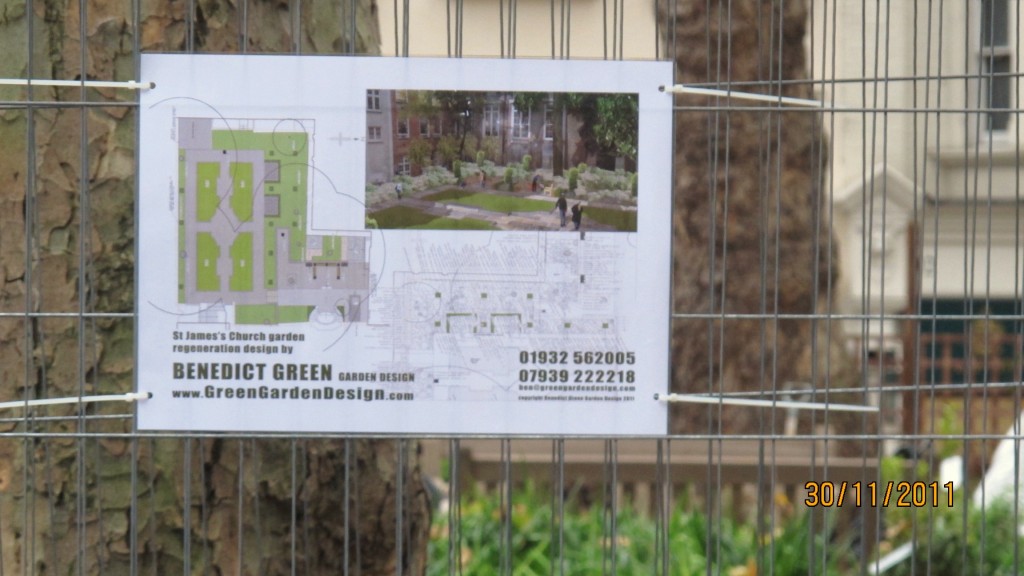 Many volunteers from throughout sponsor’s workforce came to help in the removal of old plants from the over grown borders and the construction of the new garden. Some Olympic athletes also joined in. Need fit people for this kind of work! 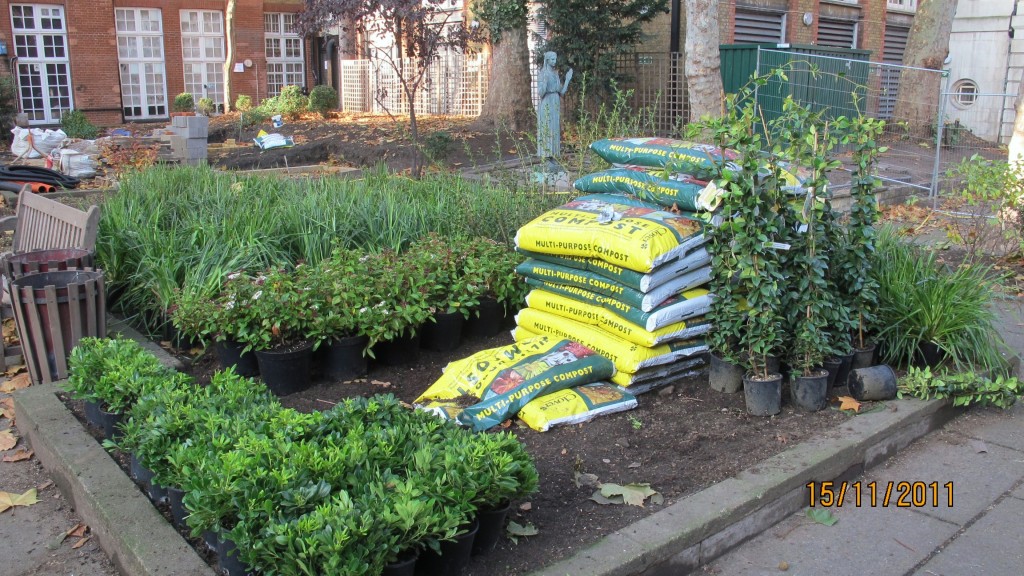 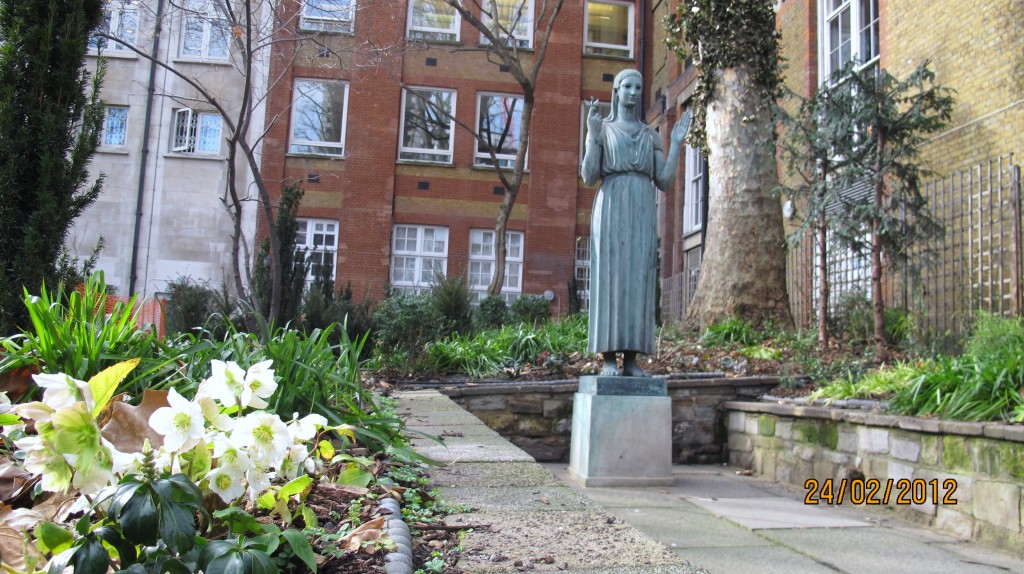 The Post WWII peace statue has some space around her again.

By the time of the Olympics in summer 2012 the garden will be complete and the plants looking good.  Watch this space! And here… London, Piccadilly garden 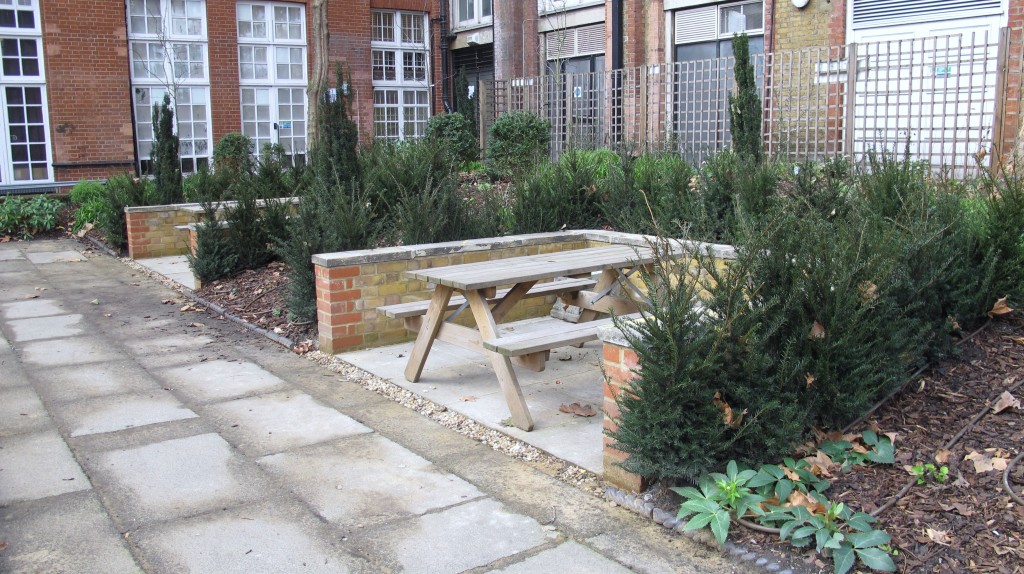 One of the alcoves built into the huge plant borders. The Yews will be trimmed into neat hedges in the spring.